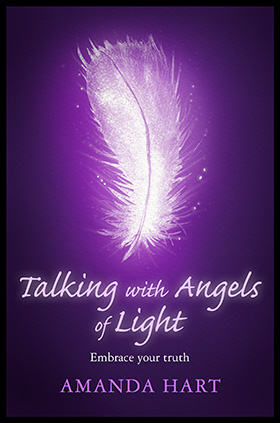 Talking with Angels of Light

Amanda was invited to write a 3 book Angel Series for Orion Publishing. ‘Talking with Angels of Light: Embrace your Truth’ is the first in the series.

Talking with Angels of Light is a book for you if the values and beliefs that have guided your life so far are based on destructive relationships, negative emotions or traumatic experiences from your past.

Amanda will teach you how to open your heart and allow your angels to save you from darkness and bring you into the light where you belong.

The book includes meditations to connect with your angels of light, space to record the blessings they send you and real accounts of angelic assistance granted to Amanda and her clients over the years.

There are also practical exercises, Amanda calls ‘Your Lightbulb Moments’ that will make you more aware of the brilliance in the world around you.

Soon you will emerge from the shadows of despair and shine like the purest light in the universe, glowing from the inside out. 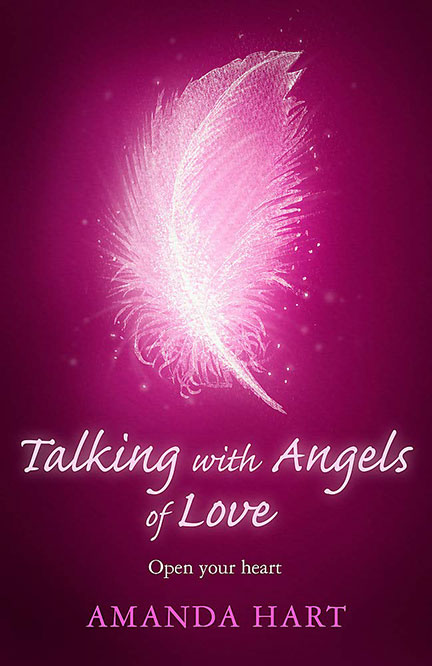 Talking with Angels of Love – Open your Heart

There was once a time in Amanda Hart’s life when she did not know how to be secure in her own worth, was a stranger to self-love and found herself constantly trapped in a cycle of toxic relationships, coercive control and an overwhelming sense of loneliness. Somehow she summoned enough faith to form an astonishing connection with her guardian angels, which became the only remedy for emotional trauma she experienced from early childhood into adulthood.

Amanda’s angels taught her that we are all worthy of an authentic, non-judgemental love. Now she devotes her life to helping others open their hearts and receive angelic assistance. Talking with Angels of Love will show you how to accept your circumstances, love the skin you are in and recognise the difference between healthy love and toxic love.

Filled with practical exercises, meditations to channel your angels’ love, pages to record their loving messages and touching real-life stories about the healing power of love, this book will soothe your soul and help you to trust the goodness in others again. Amanda believes that if you open your heart to the angels their love is everlasting, and you will never be lonely again. 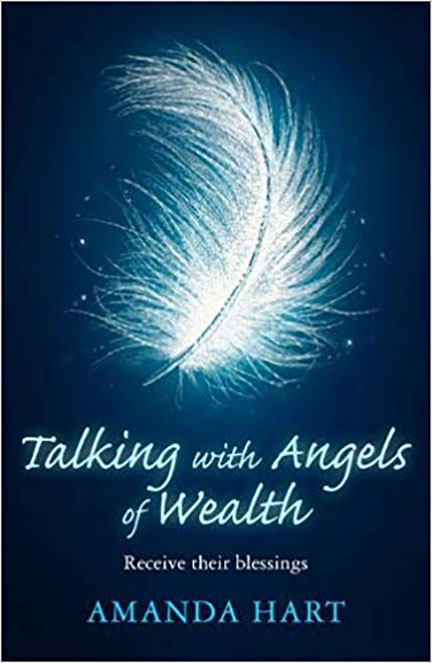 Talking with Angels of Wealth – Receive their Blessings

Amanda Hart was rescued by guardian angels as a child and from thence on they became a beacon of hope throughout her turbulent journey into womanhood. The illuminating conversations she has with her angels remain an important aspect of her everyday life, bringing her continual support and spiritual fulfillment. She now dedicates her life to helping others connect with their own angels, helping them to find deeper meaning and happiness in their lives.

From the author of Talking with Angels of Light comes another empowering and life-altering book. Amanda Hart’s connection with her guardian angels has taught her how to unlock her power, purpose and voice when it comes to financial matters. By following practical exercises, meditations and reading real-life anecdotes this book will guide you towards a healthy, revitalised relationship with money. 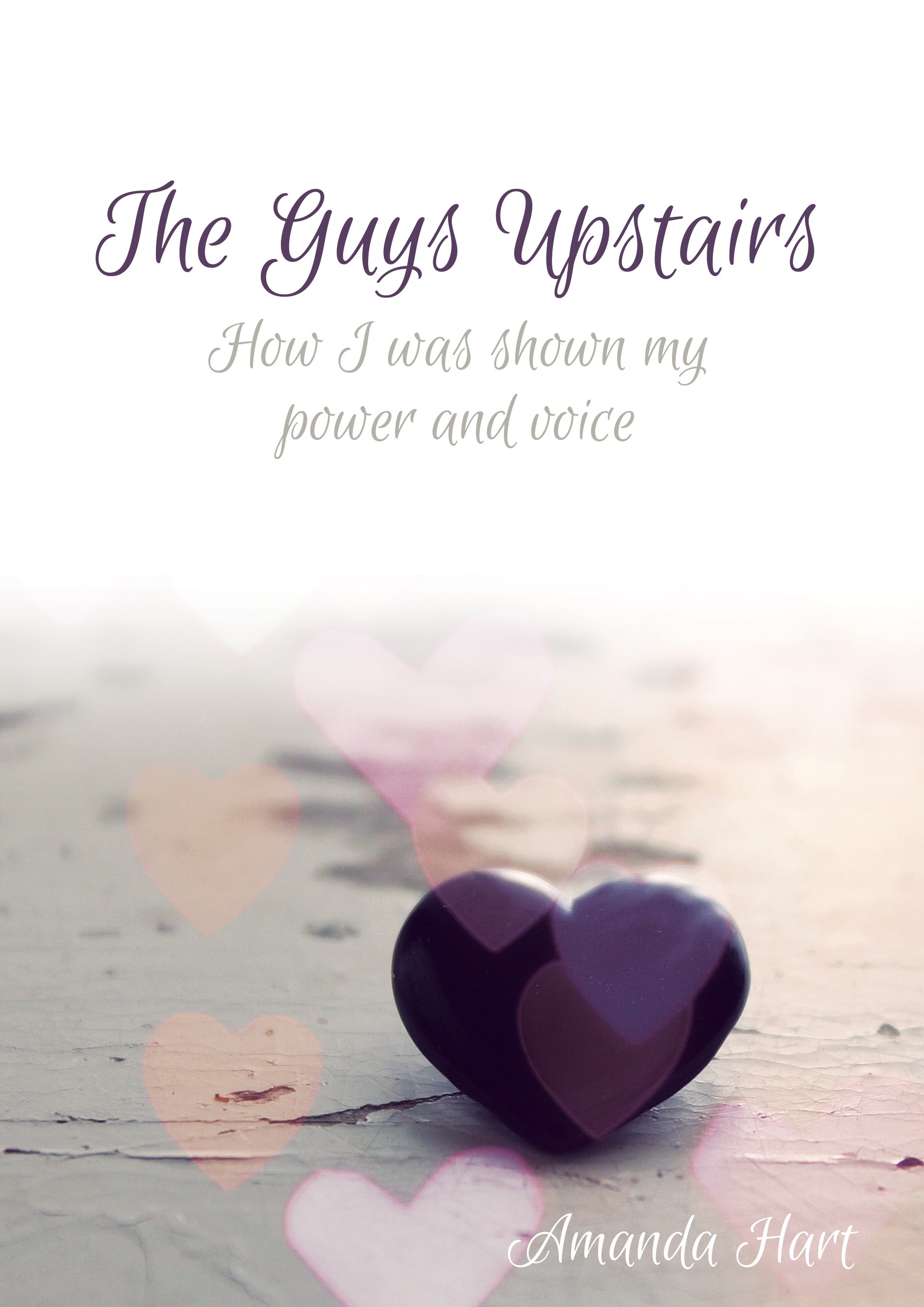 “The Guys Upstairs is a story that will both break the heart and mend it”    Min Grob, Founder, Conference on Coercive Control

How I Was Shown My Power & Voice.

Amanda’s story in ‘The Guys Upstairs’ is one of incredible survival against all odds. Her determination to exist in a world of utter terror began when she was taken from her mother at the age of 3 and handed over to her father. Thrust into a violent upbringing and hidden behind closed doors in a middle-class family, she was sworn to secrecy.

Amanda learned survival techniques and enhanced her intuitive faculties with the help of her faith in angels (who she named The Guys Upstairs), to steer her through a childhood plagued by violence and cruelty. The abuse continued relentlessly throughout Amanda’s life into adulthood, which saw her go from one abusive relationship to another. She was violated, stalked for years, lost everything she had over and over, including her daughter…except her faith.

During the 51 years of Amanda’s life on this planet, she has been through more than most people could perhaps go through in several lifetimes. However, out of this came Amanda’s mission and the work she does today to help others to find their power and voice, and acts as a channel to translate how the energy world works, into a language we can all understand.

Amanda’s book is endorsed by key experts who are supporting her campaign to raise awareness. First published in November 2015. A revised and updated edition to be released in the near future.

To purchase this book, please contact the author direct at info@amanda-hart.co.uk

Amanda is a contributing author to the following 4 books: 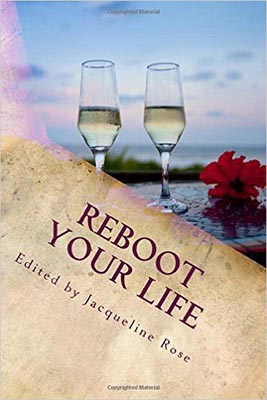 Reboot your life is an inspiring, thought provoking book that will help you commit to reinventing yourself and living life to your fullest potential. Written by contributors from all over the world, this book will be your constant companion on the road to change and a better future. Chapters include how to slow down to speed up, finding the source of your own creativity, tapping into the strength and courage to live your dream and giving yourself the gift of time.

In order to truly live life to the full we must make a conscious decision and commitment to reboot our lives. Waiting for the Universe to tell us what to do can often mean we spend a long time languishing with uncertainty, procrastination and pain. By choosing to reboot our lives we forge our new identity with certainty and love. That is where this book will prove an invaluable guide.

Growth is painful, change is painful, but nothing is as painful as being stuck somewhere you don’t belong.
You can’t start the next chapter of your life if you keep re-reading the last one. 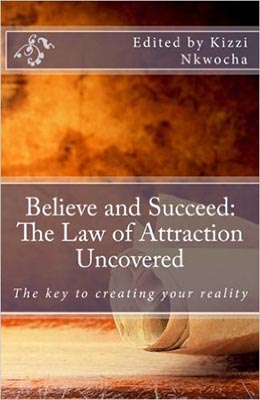 Believe and Succeed: The Law of Attraction Uncovered

Written by thought leaders from all over the world, Believe And Succeed: The Law Of Attraction Uncovered will equip you with the tools you need to take charge of your life and take the first step towards a more rewarding and fulfilling future.

This is a practical, insightful and valuable guide to the phenomenon called the Law of Attraction. A phenomenon that is shaping the world around us with the power of thought and visualization. 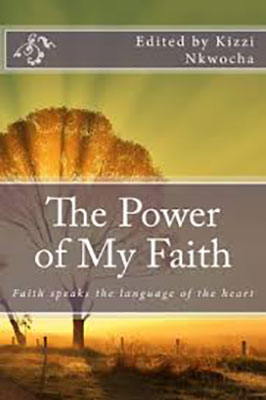 The Power of My Faith

Faith speaks the language of the heart. It is an expression of hope that goes beyond the conscious mind.

Each contributor to this book is a living testament to the inescapable fact that our faith is the very thing that holds us steady and keeps us safe from the terrifying storms of life. It’s the intrinsic base of our complete reliance and confidence in God and the Universe.

The personal stories recounted in The Power of My Faith reassures us that even the most cruel suffering can have mysterious value. And life, even on the edge of death, can be beautiful… 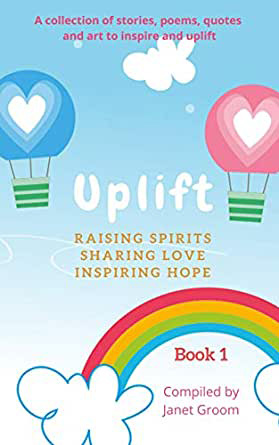 UPLIFT means to raise or elevate emotionally and spiritually. A collection of inspirational stories, poems, motivational quotes, and art to inspire and uplift. This book has been created by The UPLIFT 2020 Project with the aim of Raising Spirits, Sharing Love and Inspiring Hope at a time when the world needs it most. The project brings people together and supports mental well-being. Full of short inspirational stories by real people, poems to inspire hope, artwork to enjoy and original quotes to motivate. It also includes some useful coaching tools to help cope with stress and overwhelm. Contributors are people who care from the UK and across the world. All profits from the sale of this book will go to support the following UK charities – NHScharitiestogether.co.uk, Mind.org.uk, Porchlight.org.uk.

“Together We UPLIFT the World” 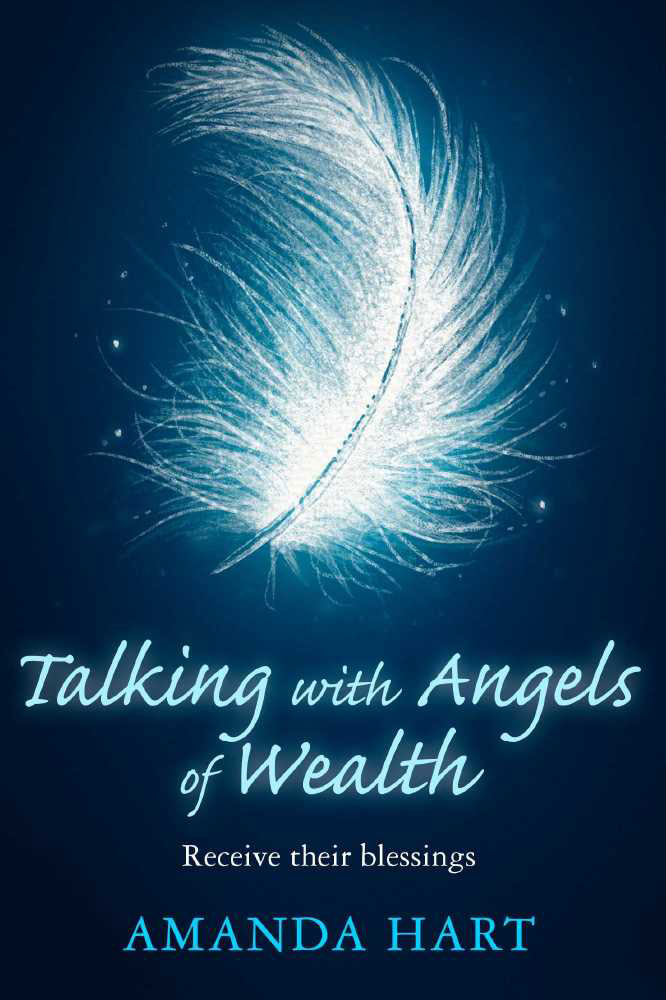 Read Amanda’s article in January’s Female First Magazine by clicking on the link below. 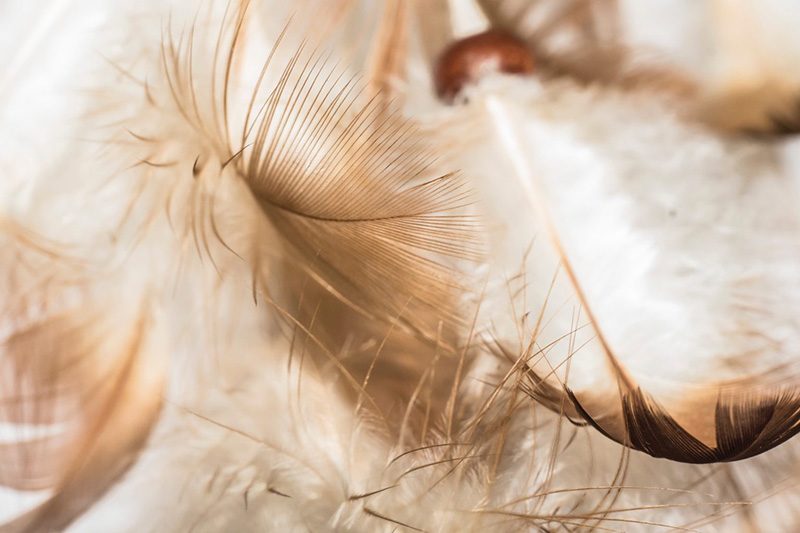 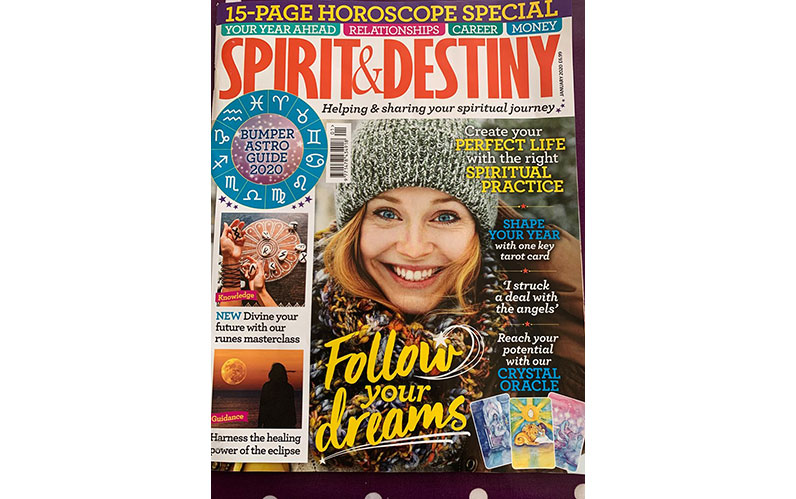 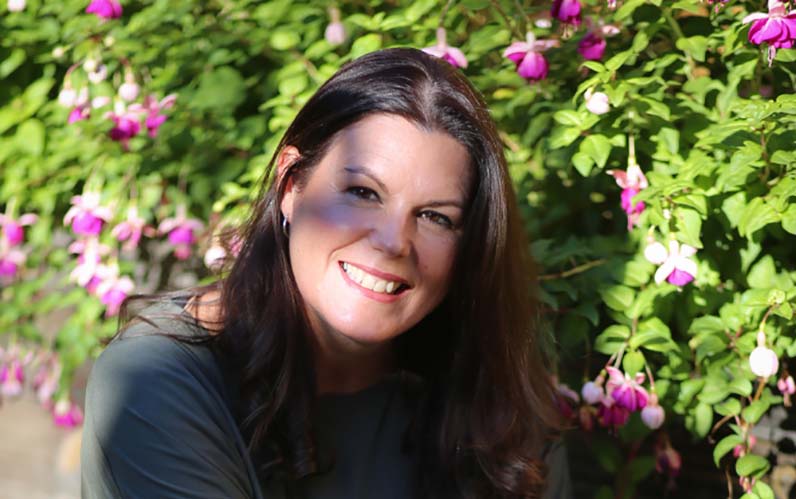 Upon the release of her new book ‘Talking with Angels of Light’, Amanda has written an article for...
Read More 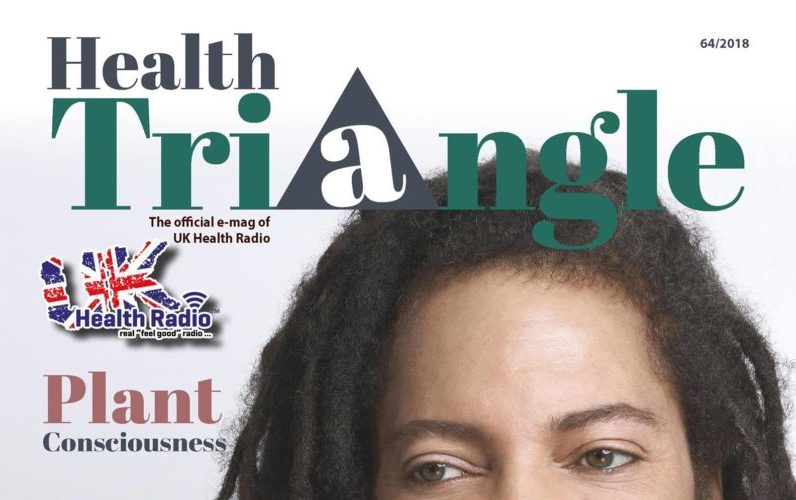 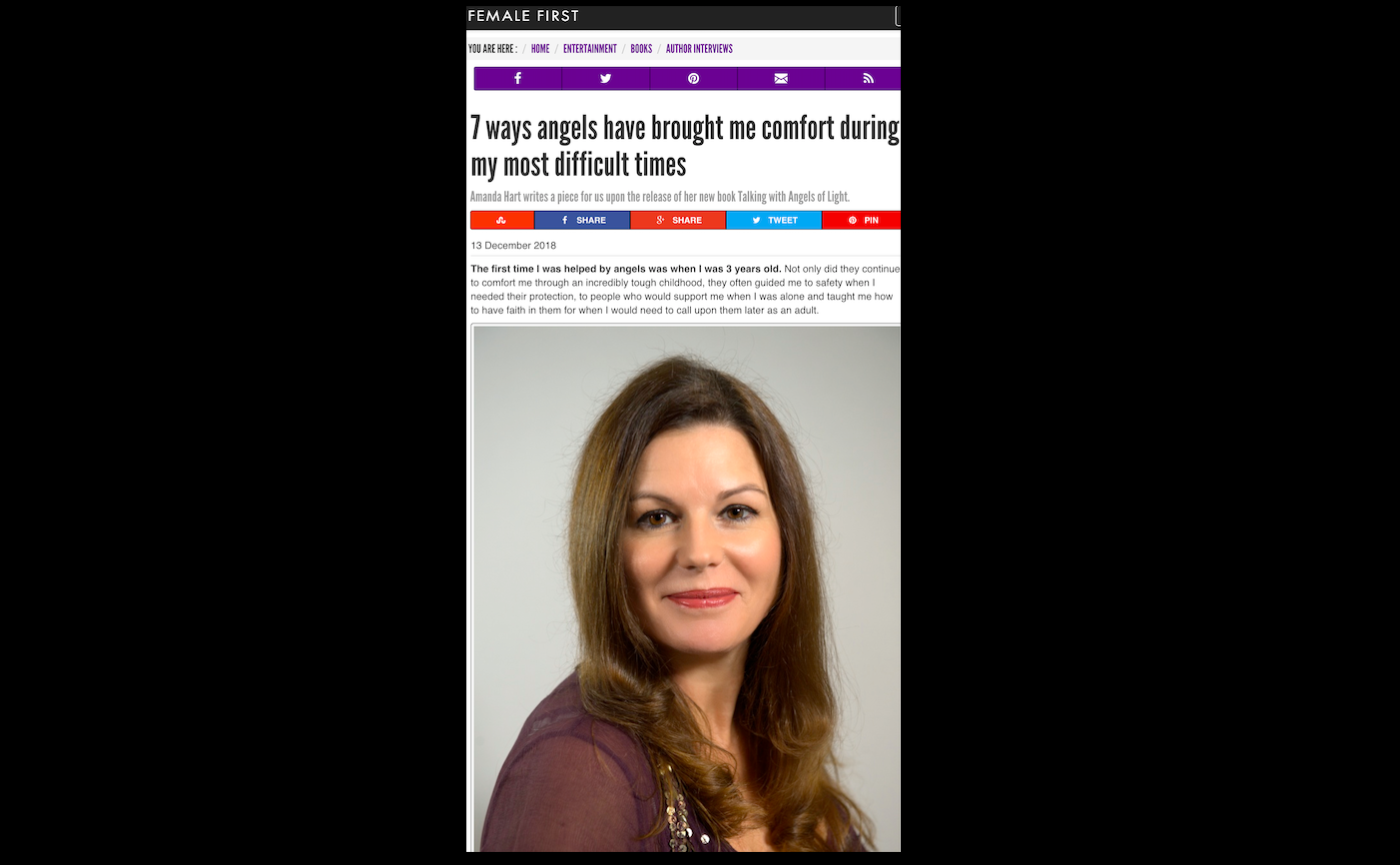 Amanda talks to Female First about her new book Talking with Angels of...
Read More 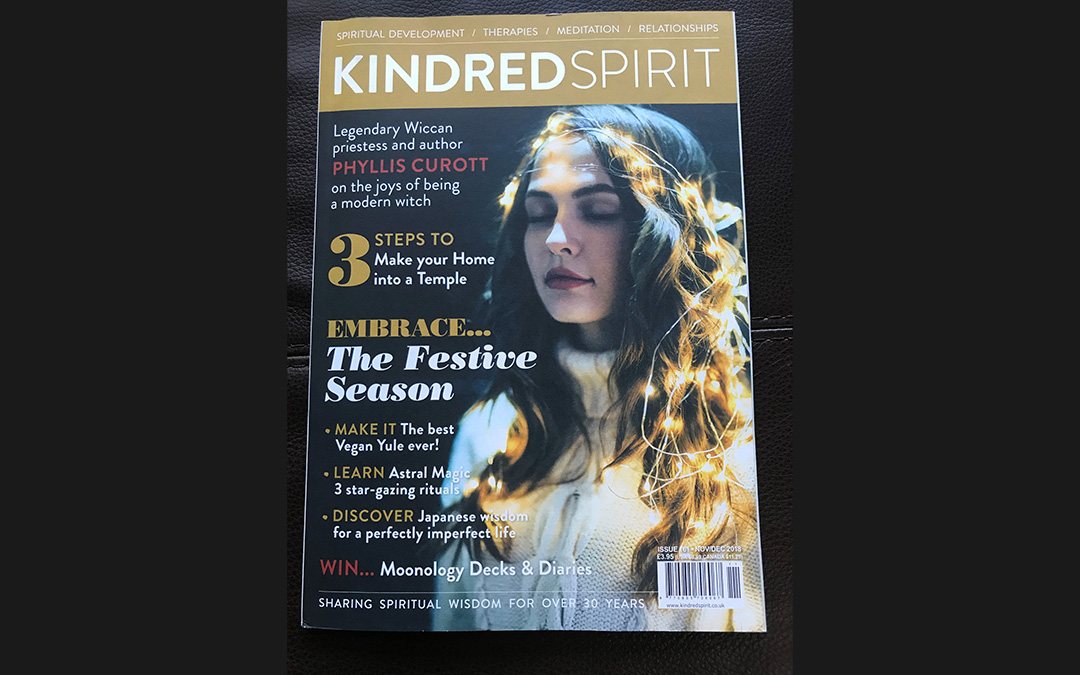 Amanda's personal story has been published in Kindred Spirit where she discusses her personal...
Read More 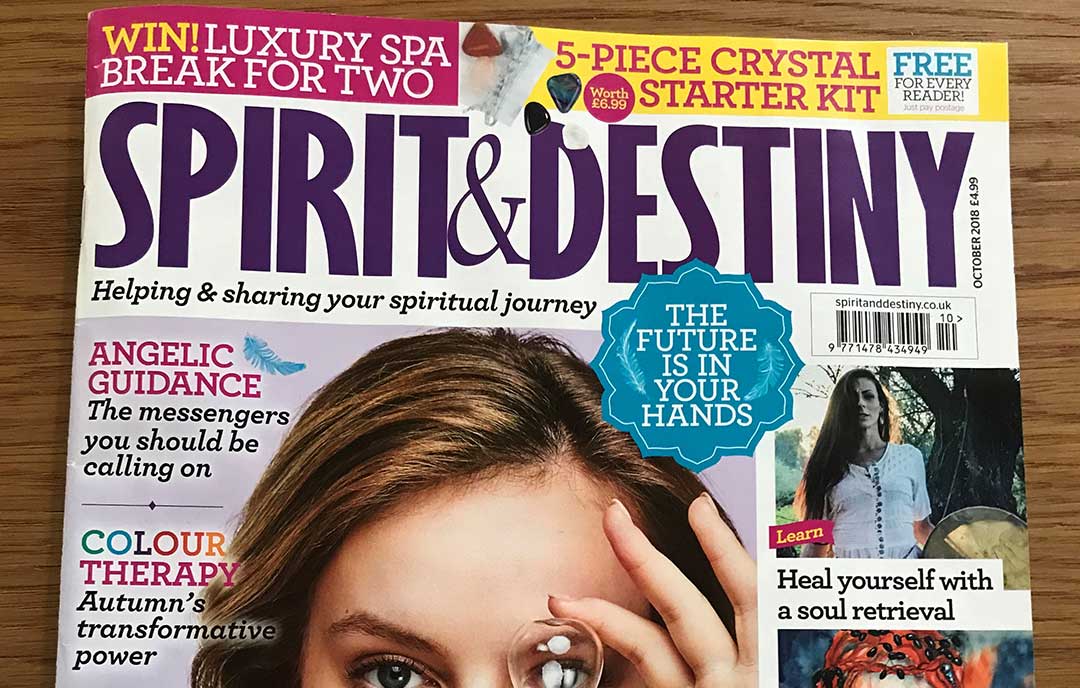 Article in Spirit & Destiny Magazine – October 2018 Edition. Click on the images below to read...
Read More 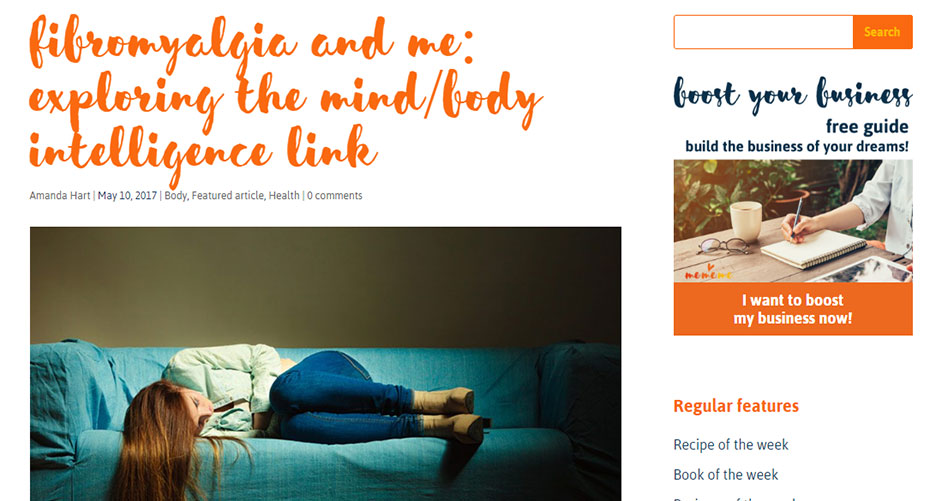 Article written for MeMeMe Online Magazine on Fibromyalgia and ME: Exploring the Mind/Body Intelligence Link – May 2017

Visit the link below to read the article written by Amanda for MeMeMe Online Magazine on...
Read More 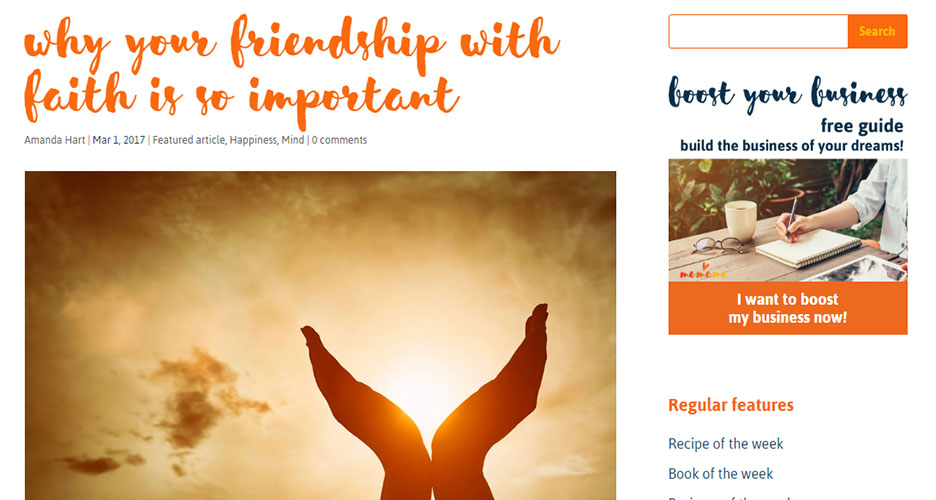 Visit the link below to read the article written by Amanda for MeMeMe Online Magazine on Why Your...
Read More